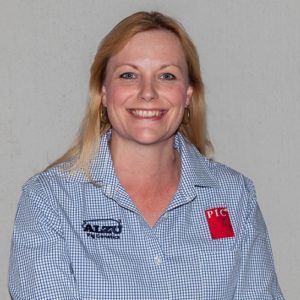 Cornel matriculated at Noordeland High School, Pietersburg in 1999 where she was deputy head girl and received academic merit as a top ten student. Cornel received her degree in BCom Financial Management Sciences at the University of Pretoria in 2002. In 2006, she completed her Honours in Accounting as well as her SAICA articles. Cornel is a registered member of SAIPA. She started her career as financial accountant in 2006, and filled numerous management accountant positions until 2015. In 2016, Cornel joined PIC South Africa and now fills the role of accountant and oversees all finances of ALZU Pig Genetics t/a PIC South Africa.