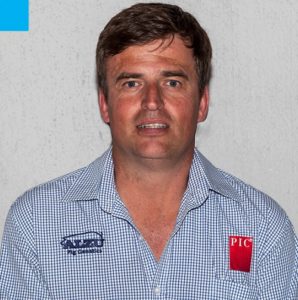 Mauritz started his career as an article clerk at Burger &Buurman (Accountants and Auditiors) and holds a BCompt degree. In 2003, he became the accountant at Kanhym Estates (Pty) Ltd and later became General Manager for the commercial piggery at Kanhym. His financial background makes it possible to give production management advice to reach maximum profitability. In 2015, Mauritz relocated to start a PIC franchise in Zambia after which he returned to South Africa in 2016 to become Technical Advisor at PIC South Africa.