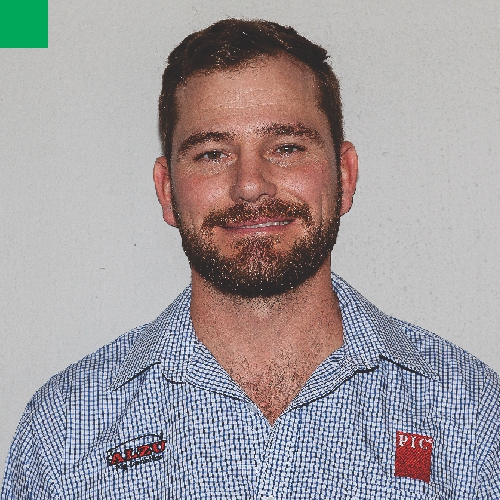 Samuel was born and raised in Swellendam. He started his tertiary qualifications at Elsenburg in Viticulture, followed by Wildlife management in Port Elizabeth and did his practical year on a Game and Chicken farm. After his practical year, he became the layer and broiler technical advisor at Nova feeds for 6 years. This is where his love for pigs started and he grew the swine market for Nova feeds. During his time at Nova, Samuel studied International Marketing through UNISA. In 2016 he joined Afgri Feeds as Technical Advisor and later on became National Key Account Manager in the swine department. After 2 years at Afgri Feeds, Samuel joined Corné Botha in starting their own company, MyFeed Group, that supplies nutritional consulting to clients. He became part of the PIC team in 2019 while still managing a piggery and operating MyFeed Group.