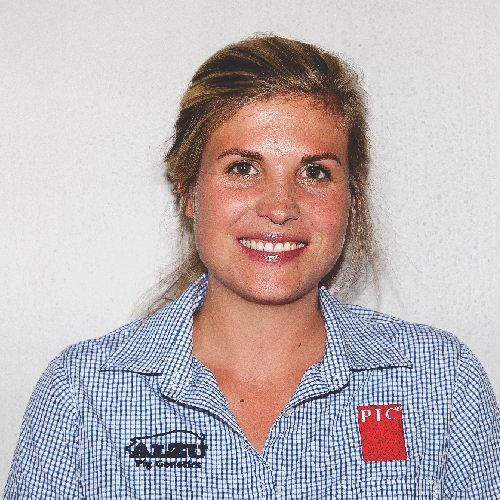 Xaviera was born and raised in the northern suburbs of Cape Town. During her secondary school years she moved with her parents to Northern Cape where her parents farmed with sheep and Rooibos tea. She completed her school education in Vredendal and commenced her tertiary qualification at the University of Stellenbosch in Animal Science. While completing her Masters degree in Animal Nutrition, she was employed at Keibees piggery as Farrowing House Manager for a year. Thereafter she joined the Meadow Feeds team as Technical Advisor, responsible for the monogastric nutrition, swine formulations and technical support in Western Cape. After 5 years at Meadow Feeds, Xaviera became a Technical Advisor for the No. 2 farms under the PIC logo in 2019.